In January 1919, the Minister of Education of the Lithuanian Mykolas Biržiška issued an order to open the first Belarusian gymnasium in Vilnius (VBG). On February 1, 1919 classes at the gymnasium officially began. From 1919 to 1937 the gymnasium was located in the heart of Vilnius — the building of the Orthodox Theological Seminary on the territory of the Basilian Monastery complex (Basilian Moors), in 1937-1939 it was no longer a full-fledged gymnasium, but only a branch — in a building (destroyed during the war) of the State Polish Gymnasium (Dominikanskaya Street). In 1939-1941 the Vilnius Belarusian gymnasium regained the status of a gymnasium, during the years of occupation from 1941 to 1944 became an incomplete secondary school.

In 1992 an organizing committee was established to revive the gymnasium, and in 1993 the first Belarusian classes were opened in the secondary school № 13 and the secondary school № 17. In 1994, exactly 50 years after the closure of the VBG, school № 68 of Vilnius was founded. This school became the only one Belarusian secondary school outside Belarus, which in 1997 was named F. Skaryna. At the end of 2012, the school was successfully accredited, and on February 15, 2013, by the decision of the Vilnius Municipality Council No. 1-1081, the F. Skorina Secondary School was transformed into the Francisk Skaryna Vilnius Gymnasium. 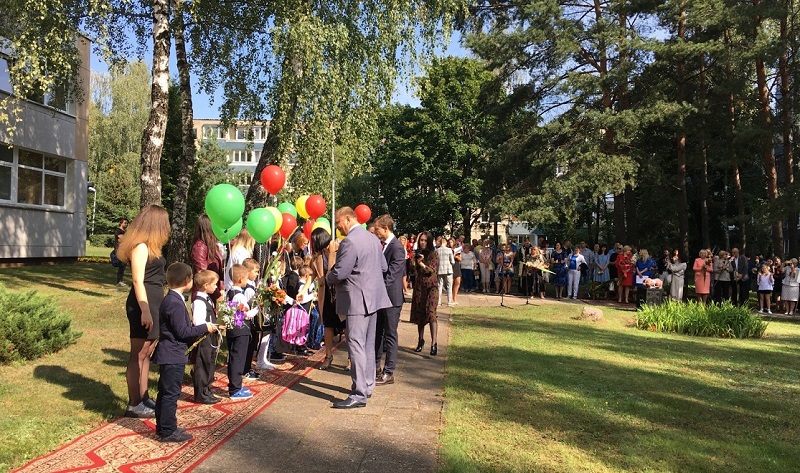 The content of the educational process in the gymnasium is determined by the General Program and Standards of the Republic of Lithuania. The language of studying is Belarusian, Russian, Lithuanian. The second foreign language is German or Frеnch. More than 30 highly qualified teachers work in the gymnasium, about 250 schoolchildren attend it. Since 2014/2015 a preparatory group for preschoolers has been operating in the gymnasium. F. Skaryna's gymnasium in Vilnius was and remains the center of Belarusian culture. There are a lot of meetings with famous Belarusian writers, scientific and practical conferences, exhibitions of books, photographs and works of art in it. The gymnasium has a theatre group, art studio, vocal ensembles. Since September 2002, the Museum of Belarusian Literature and Art has been operating in the gymnasium by the initiative of the Association of Belarusian Public Organizations of Lithuania. The museum's exposition consists of paintings by Belarusian artists living in Lithuania and paintings donated by the Union of Artists of the Republic of Belarus. The museum contains many books, photographs, photocopies of manuscripts by Y. Kupala, Y. Kolas, F. Bogushevich donated by the Museum of A.S. Pushkin in Vilnius.